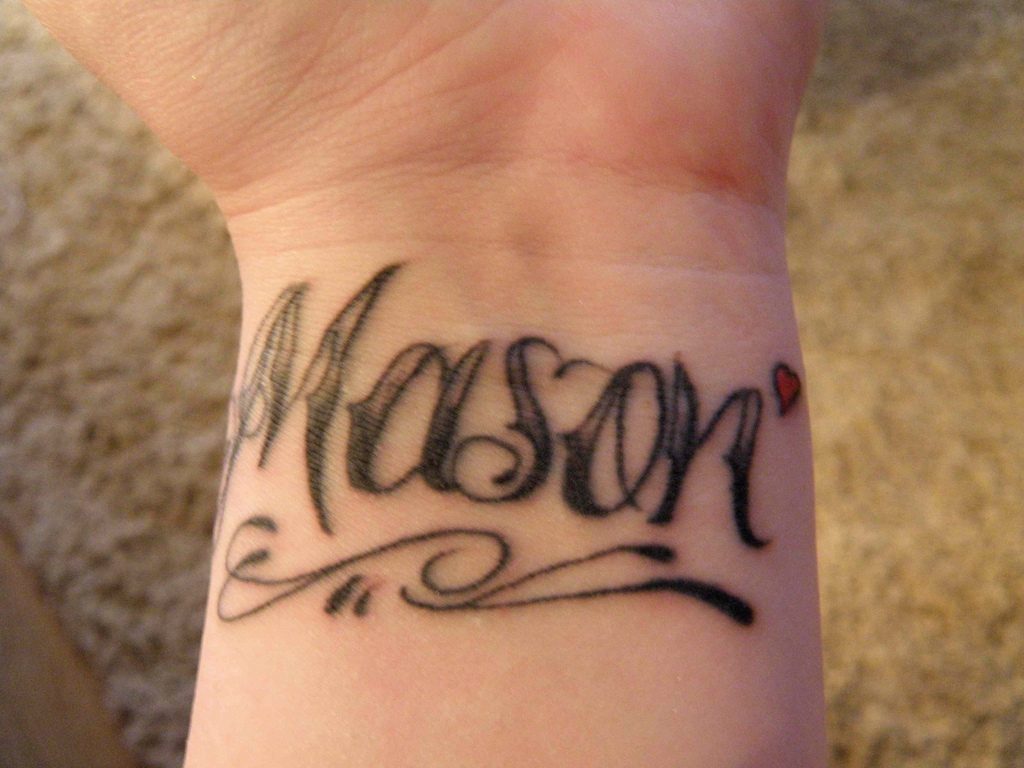 We all have regrets — and sometimes our tattoo is one of them. Sometimes you can no longer connect with the tattoo that 18-year-old you thought would be relevant forever — and there’s no shame in that. That’s why tattoo removal services exist!

As tattoo removal procedures become more and more advanced, an increasing amount of people are getting their old tattoo removed — but what kind of tattoos are they removing?

To be honest, as a tattoo removal clinic we remove lots of tattoos — so we’ve come across a lot of regretted body art.

Don’t worry —  the procedure is a lot less painful than people think. We are at a point where advancements allow us to remove even the peskiest of tattoos — and some of the most regrettable. We use various state-of-the-art lasers to make sure that you never need to look at a regretted tattoo again.

The funny thing is, a lot of people are getting the same types of tattoos removed. You may be surprised by what has been proven to be the commonly removed tattoos — just file these on the list of things you didn’t know about tattoo removal.

Chances are you can probably guess some of the types of tattoos that get removed most often, but there are some types that you’re not going to see coming — because we didn’t either.

These are the most popular tattoos that people get removed:

1: Names of Significant Others

Take it from Johnny Depp —  don’t tattoo the name of your significant other on your body. A study from RealSelf revealed that 78 percent of doctors claim that an ex’s name is the type of tattoo they get asked to remove the most. That makes ex-partners’ names the most commonly removed tattoo —  are you really surprised though?

The best proof we can present is all the celebrities who have removed or covered up tattoos of their exes, and very publicly for that matter.

It’s incredibly common to ink your partner’s name on your body — but unfortunately, sometimes things happen, and you split. Considering having someone else’s name on your body isn’t the best for your dating life — and makes it harder to move on after a relationship — many find themselves removing this type of tattoo in time.

According to The Sun, there are a lot of people who get misspelt tattoos removed and covered up. Just a suggestion — before getting a phrase or word tattooed on your body, triple check the spelling and grammar.

An ongoing trend is getting a tattoo in a different language — especially one that is script-based.

A lot of the time people intend to have a certain phrase tattooed permanently, only to find out that the symbol or phrase doesn’t quite mean what they believed it to mean. 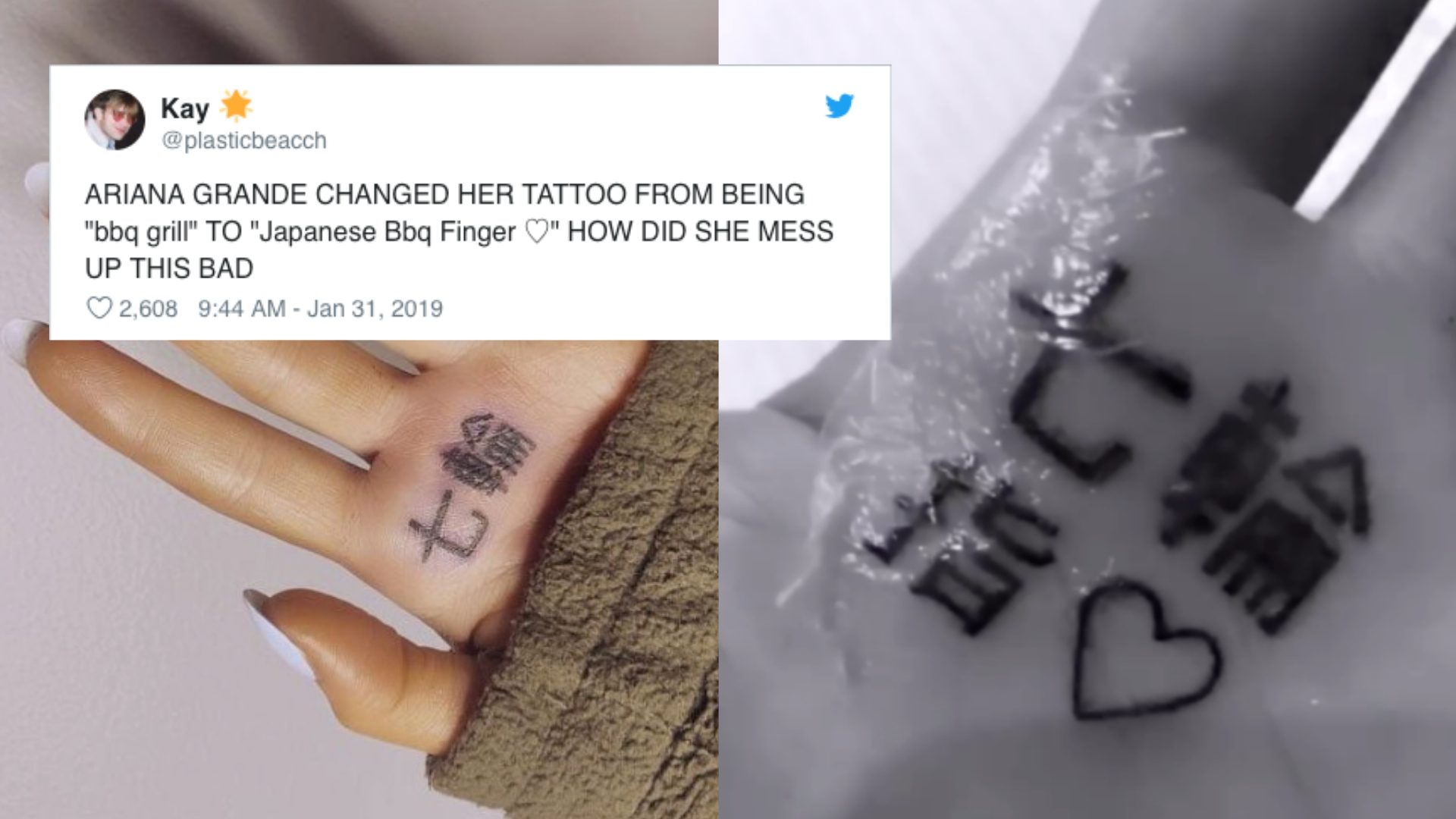 Don’t worry Ariana Grande — you’re not alone. It happens. According to Daily Mail, a study from Australian laser company Cynosure showed that small symbols (typeface, crosses, pictures etc.) account for 70 percent of tattoos that get removed.

4: Tattoos On The Lower Back

Oh, the classic tramp stamp — we know it well.

This tattoo trend was popular in the early 2000s, but nowadays more and more butterfly tattoos are getting removed from the lower backs of women everywhere.

Speaking of past trends that didn’t age well, according to Bustle, we’re now seeing an increase in the removal of tattoo styles that were at one point — but are longer — popular. For this reason, a lot of tribal symbols and barbed wire tattoos are now being removed.

Zara Harutyunyan, D.O.M., AGNP, MSN — a leading technician at a medical center in LA — revealed to the online magazine that the most common passé tattoos to get removed are of butterflies and flowers (likely on a woman’s lower back).

She shared that these tattoos just haven’t stood the test of time because “most of these tattoos were done when the girls were young, like 18-years-old.”

Get Your Tattoo Removed at Baywood Clinic

You can have peace of mind knowing that, when you choose us for your tattoo removal treatment, we use state-of-the-art lasers personally used by one of our board-certified physicians on staff. After all, we’ve been doing this since 2001 and have completed over 30,000 procedures over the years.

The way tattoo removal works is that a combination of these lasers is used to get the job done, as certain lights absorb certain colours of a tattoo’s ink. We use 5 different wavelengths for these colours.

We use a Q-Switched Alexandrite and ND-Yag Laser for the procedure — these lasers release powerful beams of light that get absorbed by your skin to break down the ink particles.

There are other options for removing your tattoo, but it’s worth mentioning that laser removal is the safest and most efficient method.

Other options like surgical excision, dermabrasion and chemical peels are more extreme and invasive —not to mention they put you at a much higher risk for scarring. They are also a lot more expensive.

At Baywood Clinic we offer the lowest rates for tattoo removal in Toronto. We have special promotions if you are looking to remove multiple tattoos and outlines, and also offer price drops when your tattoo is sufficiently faded.

All you have to do to learn more about our services is contact us! Send us a photo of your tattoo and we’ll be in touch to talk about the details. Reach out today — we want to help you remove that regretted tattoo.